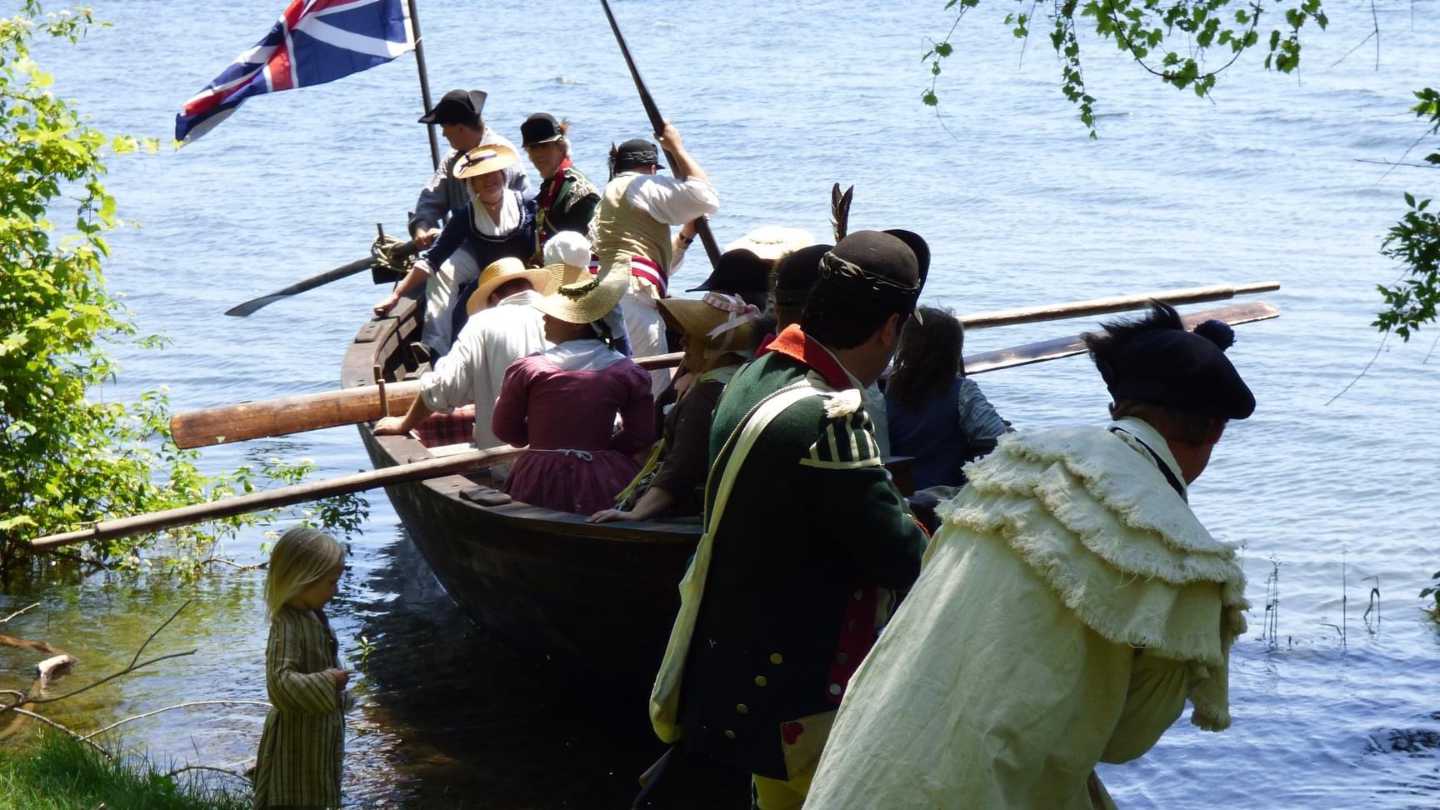 Following the American Revolution of 1776, individuals who had supported Britain or had wished to remain neutral on religious and ethical grounds were persecuted, deprived of property and often their lives. Survivors fled to areas of British protection around the globe. Those who had fought with the British joined the exodus.

The first legal British settlement in Canada other than military establishments took place in western Quebec and what is now eastern Ontario. The settlers were made up of soldiers from volunteer regiments, European mercenaries and civilians. Many were from lower New York State and the Mohawk Valley and included many Mohawk Indians.

These early settlers suffered terribly from cold, starvation and disease but persevered to become major participants in the formation of Ontario and ultimately Canada.

The Loyalist Parkway is a commemoration of their loyalty and determination.

To learn more about the United Empire Loyalists, please visit:

The Flight of the Royal George