The County of Lennox and Addington in Eastern Ontario stretches from Lake Ontario to the rugged, rocky terrain of the Canadian Shield. The  2,777 square kilometre County  is 130 kilometres long and is neighbour to Renfrew, Hastings, Prince Edward and Frontenac Counties. From the United Empire Loyalist settlers to the American and European pioneers, the County has a rich past and offers you a chance to explore on your own among some of Canada’s oldest genealogical archives.

Loyalist Township is located in the southernmost part of Lennox and Addington, on the shores of Lake Ontario, midway between Toronto and Ottawa. Straddling the 401 corridor and encompassing an area of 342.27 square kilometers (132.16 square miles), the Township consists of a variety of living environments including the fully serviced areas of Amherstview, Odessa, and Bath. Farms, countryside residences, recreational areas and a short ferry ride to Amherst Island create a community like no other. Other hamlets include Wilton, Millhaven, Stella, Violet, and Switzerville.

The area was originally known as Second Town because it was surveyed after Kingston Township, but was renamed in 1784 after Prince Ernest, the fifth son of King George III. Ernesttown (original spelling ) was founded by disbanded members of Edward Jessups Corp of Rangers and the 2nd Battalion of the King’s Royal Yorkers.

In 1998, Ernestown Township amalgamated with the Village of Bath and Amherst Island to become part of the municipality (township) of Loyalist Township.

The eastern end of the Loyalist Parkway (Highway #33) begins in the shadow of William Fairfield Sr.’s house ( c.1793 ) and the Loyalist Parkway gates in Amherstview. The gates were opened by Queen Elizabeth II in 1984. The parkway continues along the Lake Ontario shoreline  past the floating bridge to the hamlet of Millhaven, past Amherst Island to the Village of Bath ( original Village of Ernesttown ).

The Loyalist Township portion of the parkway ends a few kilometres out of Bath at the Conrad Huffman House, which was built in 1811 with 6 courses of brick on the front to withstand American cannon shot.

Plaque
Please note: Route information is shown from east to west. Kilometer marker numbers start from 0 at the Eastern Gates in Amherstview.
KM
0

Amherstview, the largest community in Loyalist Township, is named for its view of Amherst Island, located directly to the south across the Bay of Quinte on Lake Ontario. When the community was first established in the 1950s, the spelling was generally "Amherst View".

The community is the eastern gates of the Loyalist Parkway, a stretch of Highway 33 that travels along Lake Ontario, in an area in which many United Empire Loyalists settled. Amherstview's roots are visible today as homes from the late 18th Century and early 19th Century can be seen along the King’s Highway #33. The Joshua Booth house at 4423 Bath Road, the Mathias Rose House and William Fairfield Sr.’s house, which was constructed in 1793, stand in the shadows of the Eastern Gates of the Parkway and is now a museum offering guided tours.

Today the Parkway that runs along Highway 33 between Amherstview and Quinte West stands in honour of the sacrifices made by settlers that would help forge the foundation of our Country. 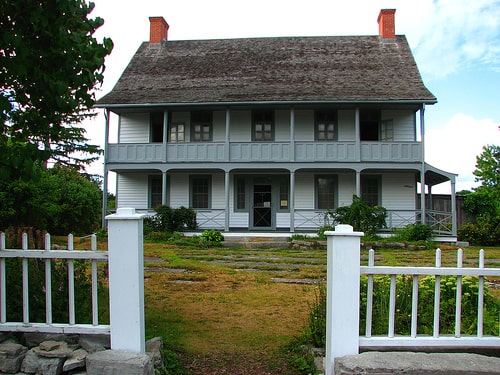 On the waterfront, adjacent to the Gates, is the Fairfield-White House, left by bequest to Ontario in 1959 by Elizabeth Fairfield. It is reputedly the best preserved 18th century house in the Province. This property was recently passed to Loyalist Township by the Ontario Government and the St. Lawrence Parkway Commission. It is open for guided tours in summer and on special occasions. On the grounds are parking, seasonal tourist information and picnic accommodation at the shore.

As we move west along the parkway we come to what was once the famous floating bridge at Parrott’s Bay, named after Lt. James Parrot of Jessup’s Loyal Rangers. Parrot had served in Roger's Rangers in the 7 Yrs War, and joined Jessup in Montreal in early 1777. He served through the duration of the Revolutionary War in 1783 and settled in Ernesttown in 1784. The bridge allowed travellers to cross the bay easily.

Between the road and the lake there is a rest area where you can park and visit the historic plaque for Madeleine de Roybon d’Allone. She was the first European woman to own land in Ontario.

Further on, near a small church is a plaque commemorating the birthplace of Colonel Eddie Baker, founder of the Canadian National Institute for the Blind.

The Millhaven Inn was built in 1795. Also known as the Losee Inn, it served as the political hub of the region. If there was an important meeting, rally or gathering, it would be hosted at the inn. Visited by heads of government including the Prime Ministers in later years.

Nearby is the Amherst Island ferry dock. For a small fee one can take a side trip to Stella on the Island. This is an important stop for migrating birds and a refuge for a large population of owls in winter. Several famous artists lived and painted here.

This village is the landing site of a part of Jessop’s Loyal Rangers in June 1784.

The historic village of Bath features a number of heritage buildings and plaques. For a local map and more information on the many historic sites here see the Parkway Tourist Information Shelter in the park on the north side of the road near the traffic lights. The Layer Cake Hall (Bath library), the Fairfield-Gutzeit House, (late 1700s) open to visitors in season, the Old Town Hall (Bath Museum) and St. John’s Anglican Church should not be missed. There is a park and swimming beach east of the stop light on Main Street. 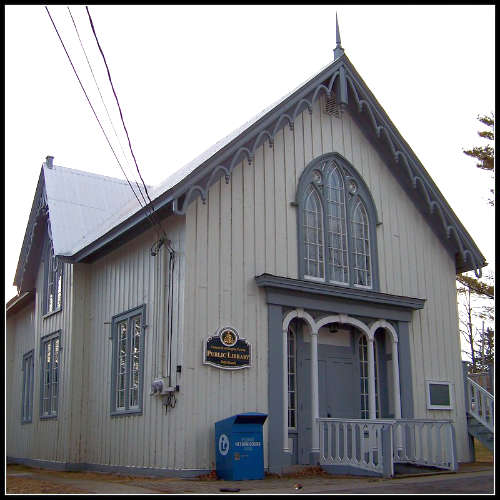 The Layer Cake Hall was constructed in 1859 and is an excellent example of Gothic Revival architecture. The Lennox & Addington Library – Bath Branch is the current occupant. 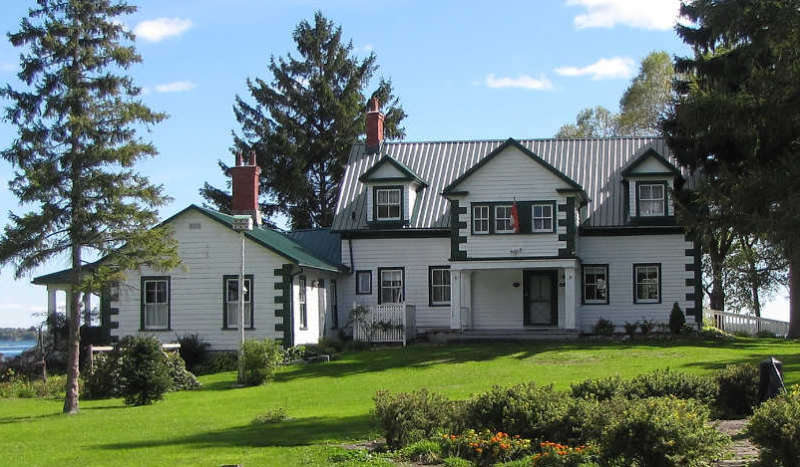 The Fairfield-Gutzeit House (c1796) and Lafarge 1812 Discovery Centre (c1806) sit south of the highway and are open for tours from July 1st to September 1st. The house was built by William Fairfield’s Sr. sons Benjamin and William Jr.

The house was the site of the American attack in November of 1812 where they seized and burned the Fairfields' schooner “Two Brothers”. The Fairfields operated the first Customs House and Post Office in the Village along with holding prominent roles in government.

It was great to visit the The Fairfield-Gutzeit House & Lafarge 1812 Discovery Centre in Bath recently to delve into the rich history that our community has to offer. Thanks so much to Dave Smith for showing me around! 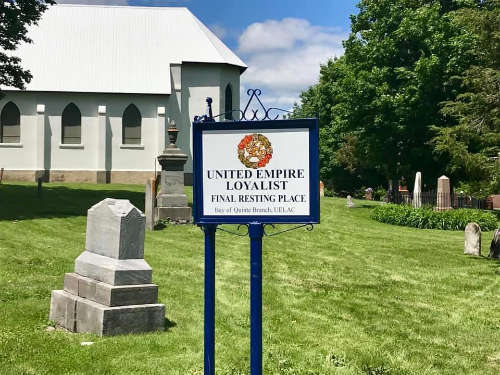 St. John's Anglican Church, at Bath, was erected in 1793 and is the oldest place of worship in continuous use in Ontario. Fire destroyed the building in 1925 and it was rebuilt that same year to continue services to the present day. 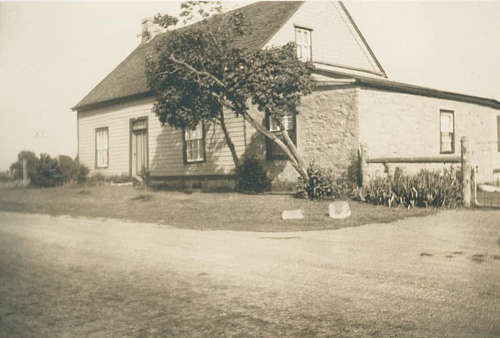 Built by Captain Jeptha Hawley in 1785, the house is the oldest continuously occupied house in the Province. Hawley was a Tory from Arlington Vermont who joined the British forces in 1776 and served under General Burgoyne commanding a batteau brigade. He was in charge of the Loyalists at Machiche Quebec and would lead them to Ernesttown in June of 1784. Reverend John Langhorn would live in the stone portion of his house for the rent of 2 pounds per year, one third of Langhorn’s salary from the Anglican Church of England. 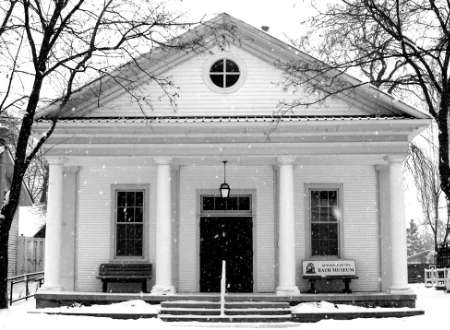 The Old Town Hall, now Bath Museum for Loyalist Township, was built as a Court House in 1866. 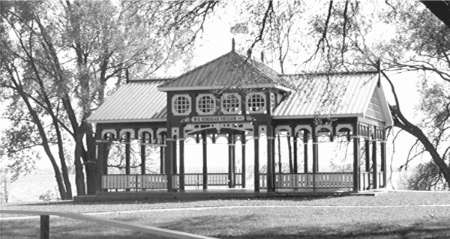 Finkle’s Shores is just to the west of Bath. Finkle’s brewery and tavern once stood here beside the Danforth Road. It was the site of the first hanging in Upper Canada. A Federal Plaque marks the launching of the steamship Frontenac in 1816, the first steamer built in Upper Canada. A boat launch, small park and picnic shelter are available for you to enjoy. 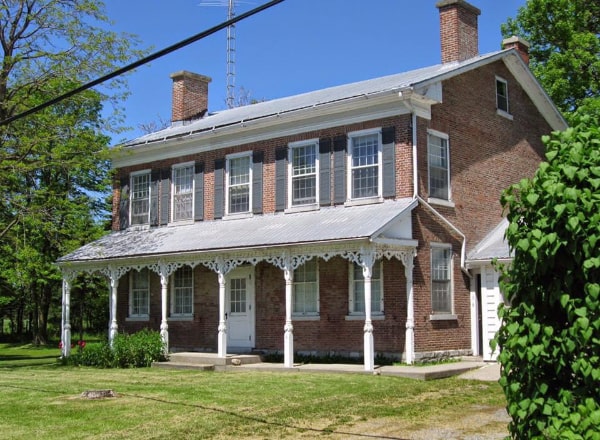 This brick residence built by Conrad Huffman reflects Georgian principles. The front of the house is constructed of 6 courses of brick to withstand American cannon shot. The house is a landmark in Loyalist Township, marking the western end of its collection of heritage buildings found along the Loyalist Parkway.

American Attack on the Village of Ernesttown